All of us have had an extremely weird dream at some point. Whether it’s being chased by a childhood nightmare or turning up to school in your pyjamas, some people have tried to build up some theories on what might be the subconscious cause of all your mid-sleep imaginations. Our dream analysis can tell you what those dreams might mean in the real world. 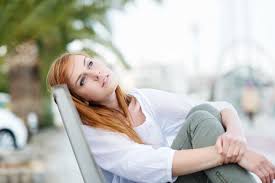 As with many dream analysis interpretations, this can mean a couple of things. One theory is that being late is a sign that you want or need a change in your life, but it has also been noted that it might mean you may have a fear of missing out on some great opportunity- which could mean anything from starting a family to being promoted at work.

Having a dream about your teeth falling out could be pretty traumatic, but luckily it doesn’t mean you’re going to have to visit your local dental clinic anytime soon. Losing your teeth in a dream could mean you are feeling somewhat powerless or feeling that you have lost control over a situation.

This dream often depends on which celeb you’ve had that dream about, and the context you see them in. However, this dream most often means you take inspiration from the person, or are trying to reach for their height of success.
In this article, behavioural therapist Shelley Smith told Huffington Post that dreams about celebs often mean we’re associating them with some sort of “personal accomplishment or lack thereof”… Take from that what you will.

Flying almost always has positive connotations, which is good news for those of you who were gliding through the sky in a dream last night. The meaning can vary depending on things like the direction you are flying in and the style of flying. For example, flying backwards might mean that you are feeling nostalgic.
However, flying can also mean a sense of freedom or escape from ‘the real world’, from pressures at home, at work and so on.

If you’re the forgetful type, you might have had a dream about taking an exam before. This dream can mean you are stressed that you might forget something significant. Not just forgetting though, this dream could mean you are worried about procrastinating and what effect that might have.

This is just a taster of some of the dream analysis on offer, but there is so much more to find out on the topic if you’ve been having some weird dreams lately. Check out Buzzfeed for more on these dreams and more.